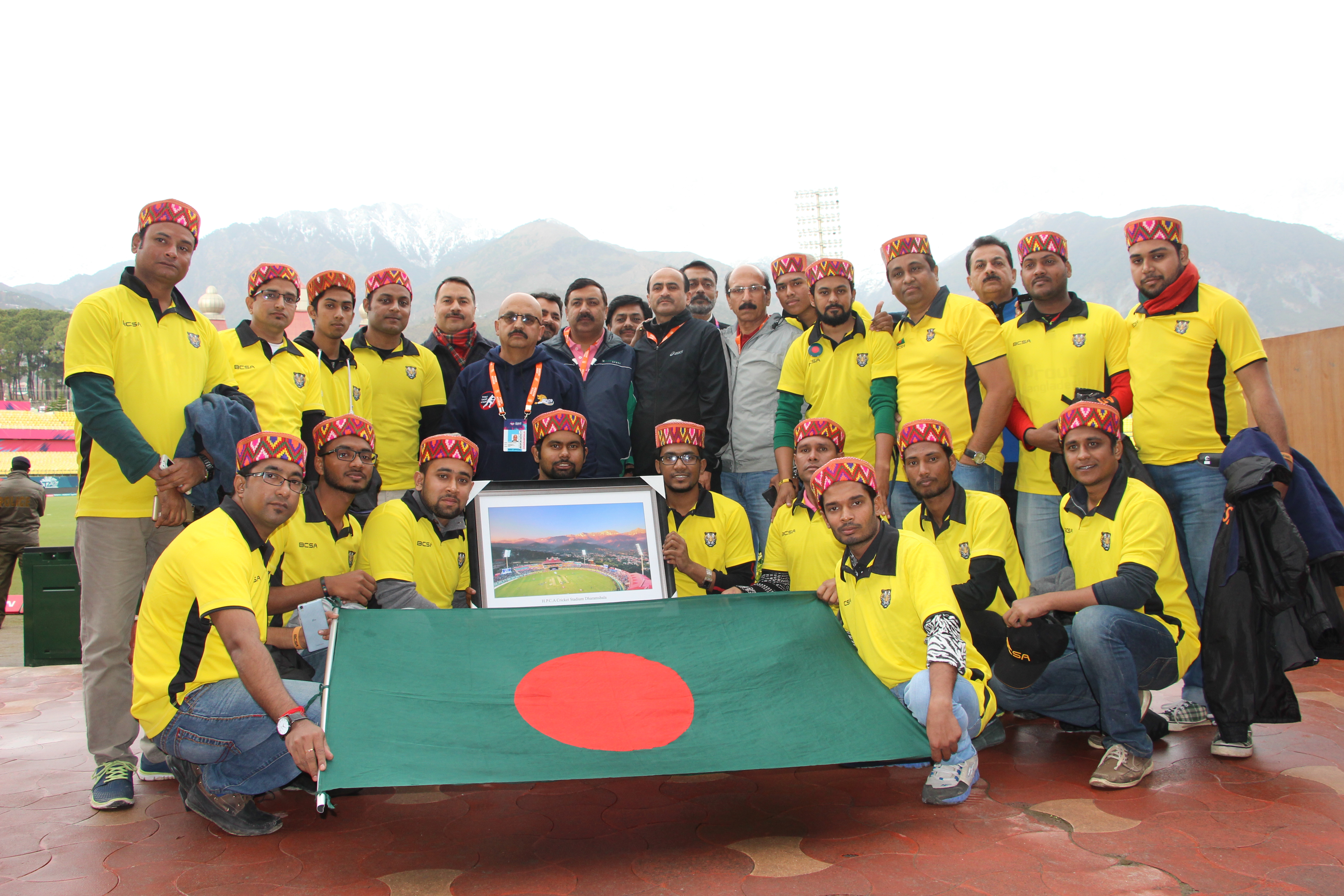 Bangladesh Cricket Supporters Association (BCSA) is a people-oriented and peoplecentered organization which meant to establish to build up a common platformfor the general cricket lovers of Bangladesh.

BCSA was established on 23rd of May, 2013 and it has received the approval from the Ministry of Social Welfare as a non-profitable organization.

BCSA was formed to make collaboration among the general Bangladeshi cricket lovers from within and outside the country. Initially, BCSA activities were limited to active presence in all the international matches played by national team. But with time, we have grown and spread our presence to promote the cricket culture in Bangladesh.

BCSA has so far organized big scale successful events like Cricket memorabilia exhibition, a journey to accompany Bangladesh cricket team in the T20 World Cup in India and is looking forward to consist many more of these.

A 10-members BCSA Team visited the United Arab Emirates to support Bangladesh in Asia cup 2018 and met with the Chief Executive Officer of International Cricket Council (ICC) at the headquarter.

Remembering the legendary cricketers, or recognizing the contribution of contemporary important cricket figures such as DavWhatmore, Danny Morrison- are some of the important events organized by BCSA.

BCSA has also recognized the iconic cricket fans from other countries such as Shudhir Kumar from India and Gayan Senanayake from Sri Lanka.

Another significant milestone was achieved by BCSA when it published the biography book of Mashrafe Mortaza, the iconic cricket captain of Bangladesh.

The wide participation of BCSA members in the media paved the way of the general cricket fans towards greater participation in the growing cricketing culture of Bangladesh.

BCSA at a glance: